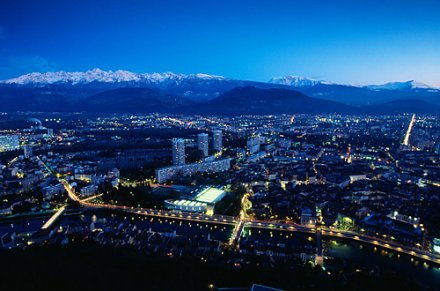 Formal security proofs require a formal model. Once a proof is completed, it is a proof in this particular model. How confident can we be that there would be no attack if we had modeled the problem differently ? The *computational soundness* results try to answer this question, showing that a model, in which the proof is carried, captures all possible lower level attacks. The computational soundness results are however hard and make a lot of more or less realistic assumptions (for instance an attacker is not allowed to forge his own keys). In this work, we develop another approach, in which we symbolically state what we know of all possible computations (for instance, a ciphertext cannot be confused with a pair) and let an attacker do anything that does not contradict the assumptions. This method has several advantages:

We present a mechanized proof of the password-based protocol One-Encryption Key Exchange (OEKE) using the computationally-sound protocol prover CryptoVerif. OEKE is a nontrivial protocol, and thus mechanizing its proof provides additional confidence that it is correct. This case study was also an opportunity to implement several important extensions of CryptoVerif, which are useful for proving many other protocols:

We present the design, implementation and evaluation of an algorithm that checks audit logs for compliance with privacy and security policies. The algorithm, which we name reduce, addresses two fundamental challenges in compliance checking that arise in practice. First, in order to be applicable to realistic policies, reduce operates on policies expressed in a first-order logic that allows restricted quantification over infinite domains. We build on ideas from logic programming to identify the restricted form of quantified formulas. The resulting logic is more expressive than prior logics used for compliance-checking, including propositional temporal logics and metric first-order temporal logic, and, in contrast to these logics, can express all 84 disclosure-related clauses in the HIPAA Privacy Rule. Second, since audit logs are inherently incomplete (they may not contain sufficient information to determine whether a policy is violated or not), reduce proceeds iteratively: in each iteration, it provably checks as much of the policy as possible over the current log and outputs a residual policy that can only be checked when the log is extended with additional information. We prove correctness, termination, time and space complexity results for reduce.We implement reduce and evaluate it by checking simulated audit logs for compliance with the HIPAA Privacy Rule. Our experimental results demonstrate that the algorithm is fast enough to be used in practice.