We focus on the following challenging problems:

The experimental results on large-scale and complex systems show the efficiency of our verification method.

The methodology has been implemented in the BIP D-Finder toolset for compositional and incremental deadlock detection and verification. D-Finder consists of the following modules: 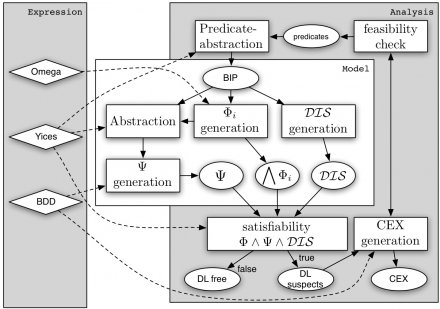 Verification of the modules in Dala Robot