We have several tools for generating code from BIP models. We have two main compilation flows:

We have developed a C++ code generator for BIP programs that supports the full BIP syntax. The generic part of the generated code (i.e. that is independent from the input model) is the BIP Execution Engine. 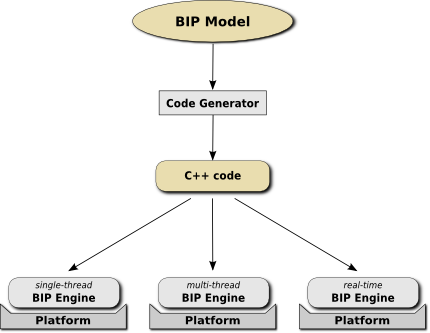 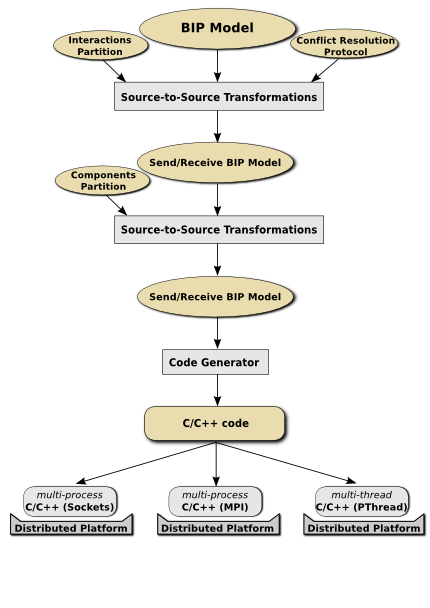 To generate distributed implementations from BIP models it is necessary to transform these models into Send/Receive BIP models, directly implementable on distributed execution platforms. The transformation consists of:

Finally, from the obtained Send/Receive BIP model and a mapping of atomic components into processing elements of a platform it is possible to generate efficient C/C++ using either socket, MPI or shared memory for implementing Send/Receive primitives.